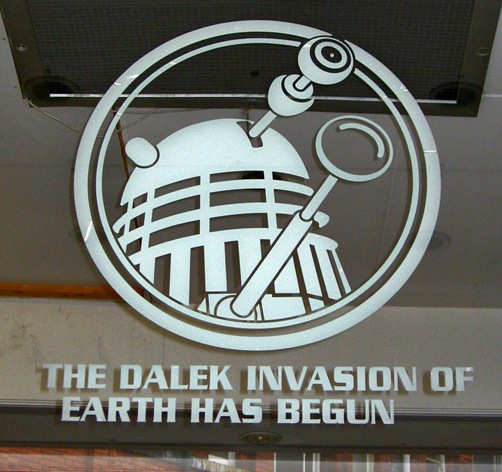 Last week at this time saw the erudite madness of Anti-tales: The Uses of Disenchantment, the symposium in Glasgow. I’m hoping to give a full report next week, but a particular thought appealed to me just this moment.

One of the many intriguing observations made during the conference was that fairy tales, and their evil counterpunctal cousins, anti-tales, appear thrive during times of crisis. National, political, personal crises seem to engender a subversive discourse of fairy tale.

It’s as if the world goes wildly off-kilter—more so than usual, I mean—and the (anti-)fairy tale surfaces to right it. This fits with my own theory that fairy tale and fantasy are ways of dealing with grief and trauma—the human experience of agony.

We’re not exactly in a Holocaust again, thank G-d. But I’ve been noticing a marked dehumanization that’s accelerated rapidly over the past few years. Notably in my home country of the US, thinking people of all persuasions are lamenting the degeneration of public discourse into puerile name-calling, of public image into lookist voyeurism.

A stark recent example is the vitriol that first alarmed and then attacked the impeccable journalist Gwen Ifil, when she tried addressing a sensitive subject in a sensitive way. What alarmed me most about the incident was that it didn’t surprise me. It’s what I’ve come to expect from the political sector, and from much of the internet-feeding public.

Is it possible that we are in, or are entering, an age of resurging fairy tale? A quasi-Victorian era of disenchantment, perhaps, suburban, G-d-killing fear (to allude to the Madman), that will lead ultimately to what Zipes pithily called the revolt of the fairies and elves? Will our own fancies and imaginings rise up in condemnation and in rescue, at once reproving and reviving us with bright, flashing glances of absurdity and wonder?